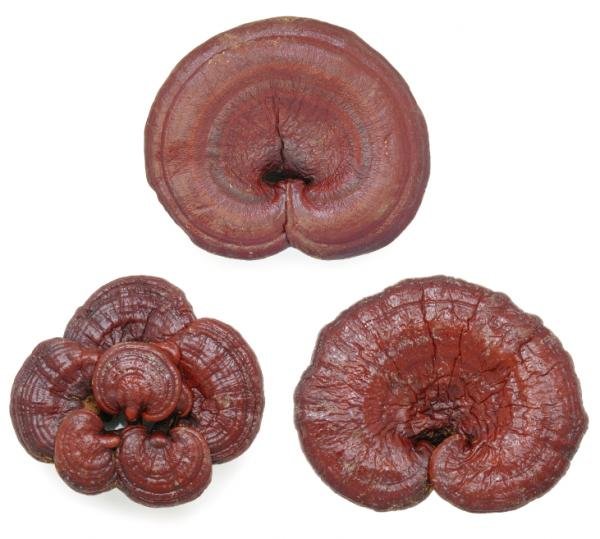 Reishi (Ganoderma lucidum [Latin]), also known as ling-zhi, ling chih, and ling chi mushroom, is a type of mushroom that grows wild on plum trees in Japan. The Japanese call reishi the “phantom mushroom” because there are so few of them to be found-fewer than 10 mushrooms are found on every 100,000 trees. This medicinal mushroom has been used in Asia to increase energy, stimulate the immune system, and promote longevity for thousands of years.

In Western countries reishi is thought to act as an adaptogen, or a substance that adapts itself to correct any imbalances in the body. Herbalists recommend reishi for strengthening the immune system against allergies, asthma, mushroom poisoning, and the immunosuppressant side effects of chemotherapy. Reishi reduces the amount of inflammatory histamines in the body. Studies have also shown that reishi may protect the body against some types of cancer as well. It contains compounds called ganoderic acids, which act against liver cancer, and blocks production of basic fibroblast growth factor (bFGF), a substance that can lead to the formation of fibroids of the breast and uterus.

Research performed at Oral Roberts University found that compounds in reishi help reduce emotional stress by inhibiting the flow of nerve impulses though the central nervous system. For hundreds of years, Eastern physicians have recommended reishi to treat chronic stress. In Japan, reishi’s dulling effect on the central nervous system has lead to its use as a treatment for severe physical pain symptoms experienced by patients with shingles and neuralgia. In addition, reishi has a long history of use to help prevent memory loss.

Laboratory studies have demonstrated reishi’s ability to lower blood cholesterol and blood pressure levels in humans and animals. In one study, subjects with high blood pressure that did not respond to mainstream prescription medication did show significant improvement when treated with reishi. Reishi is also a natural detoxifier, and can help prevent cirrhosis of the liver in alcoholics that are in the early stages of this disease.