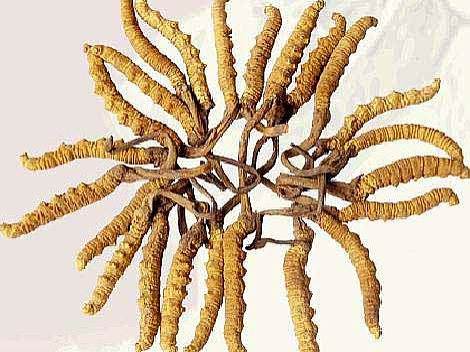 Cordyceps mushrooms have proven to reduce radiation and chemotherapy side effects. Now research indicates this Chinese herb can prevent some types of cancer cell growth.

Dong Chong Xia Cao, or Cordyceps sinensis, is a Traditional Chinese medicinal mushroom used in patients with kidney and lung diseases, as well as to ameliorate the effects of radiation and chemotherapy. A recently published study has shown that an extract of the cordyceps mushroom interferes with the growth of some types of tumor cells. Clinical trials are still needed to determine how best to use this herb in cancer treatment.

The Use of Cordyceps Sinensis in Traditional Chinese Medicine

Dong Chong Xia Cao, as Cordyceps sinensis is known in TCM, is primarily a kidney yang tonic, warming the body and having anti-aging effects. It is also a lung yin tonic used for respiratory disorders such as coughing, wheezing and bronchitis if the Traditional Chinese Medicine pattern indicates it to be appropriate. Because it is both a yin and yang tonic, it is considered to be one of the safer Chinese herbs, not causing imbalance in the patient. In Western terms, this Chinese herb can be considered an immune stimulant and adaptogen.