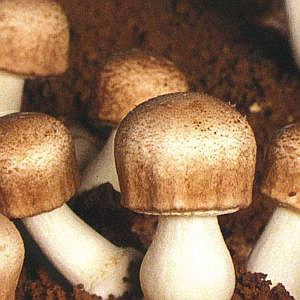 The Wonders of Agaricus

The Agaricus Mushroom, originating from Brazilian rain forests, are among the most common of pre-packaged, fresh mushrooms that can be found in local supermarkets and grocery stores. Nicknamed God’s Mushroom, the Agaricus mushroom is most commonly harvested in the tropical regions of China. However, it can be found in stores around the world. Japan is one of the heaviest consumers of Agaricus because of a high number of advantages that come along with consuming this mushroom.

There are health benefits provided by the Agaricus Mushroom that has been cited amongst the medical community. Such effects as lowering blood glucose have been observed. Perhaps it is the high concentration of glucagons, which have been observed as having extraordinary health benefits, such as aiding in the controlling of cancer. It is frequently added to treatments that help individuals get their cancer under control. The glucagons are the main reason in which Agaricus is added to such products as the Detox Foot Patch to aid in removing the over 400 toxins from the body that embed within the cells, tissues, and in the muscles. These glucagons also have other health benefits that are being studied and are already observed in some places around the world.

The effects of Agaricus on Viruses

Agaricus has also been nicknamed the Sun Mushroom and it has been the subject of recently published medical papers that cite certain effects on the immune system. An extract of the Agaricus has been shown to protect against streptococcus pneumoniae 6B in mice. This gives reason to believe that Agaricus may be useful in treating infections, bacterial in particular, in humans. Also amongst the research conducted, it was found that Agaricus extract increased the immune system response to foot-and-mouth disease.

What makes Agaricus so effective against such bacterial infections is the fact that it is rich in polysaccharides. One of those polysaccharides is beta-glucan. Other research has shown that beta-glucan vitalizes the immune system and has shown anti-tumor effects in mice. Additionally, schizophyllan, a Beta D-glucan has been used in cancer therapy throughout Japan for quite some time.

The increased publication of the benefits of Agaricus throughout Japan has resulted in a market that has garnered $450 million in Agaricus sales alone. Part of this is due to the fact that more and more people are becoming aware of what Agaricus can do for their health and partly because Agaricus is the most common variety of mushroom that is prepackaged in supermarkets. They are canned, frozen, and fresh.

The curative benefits are outstanding in that it helps alleviate and even cure certain ailments when used as part of a treatment regimen. It has already been mentioned that there are immune boosting properties that fights certain viruses. Research has also found that Agaricus benefits digestion, the cardiovascular system, diabetes, promotes weight loss, helps with cataracts, chronic fatigue, stress, hearing issues, liver disorders, and intestinal problems.

In addition to glucagons, Agaricus also contains aromatase inhbitors. In addition to Beta-glucan showing anti-tumor effects in lab mice, aromatase inhibitors have shown to actually slow the growth of tumors. Of the cancers most influenced is breast cancer. These inhibitors slow down the progression of the cancerous cells. Much of this has to do with the boost that is provided to the immune system to fight the cancer cells and other types of invaders that try to compromise the human body.

Agaricus as a Delicacy

Because Agaricus is so readily available in supermarkets, individuals make a point to include Agaricus in their diets. The health benefits are a plus, but Agaricus makes for a very delicious food when eaten raw. Some do choose to cook it, but it is important to keep food in its original form so that none of the nutrients and other health benefits are stripped from it. High temperatures can strip raw foods of their nutrients and other benefits, causing a person to not reap all of the benefits that nature intended. Fortunately, the Agaricus does not have to be cooked in order for it to be enjoyed. Fresh Agaricus Mushrooms can be enjoyed as they are.

The benefits of the Agaricus have been evaluated very briefly as a component in treatments for disease and ailments. It has also been evaluated as a food that is enjoyed in many in its original form. Many have incorporated these mushrooms into their diets because of the health benefits in an effort to prevent disease, treat current disease, promote longevity, eliminate stress, and so much more. Many feel that the Agaricus is a large part of having an incredible sense of well-being. With its growing popularity, many are able to enjoy the many health benefits while also enjoying a food with an excellent taste and a reputation that far exceeds many of the foods that people are used to.

The Power Within the Mushroom